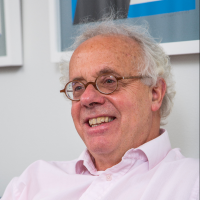 Chair of the UK Health Alliance on Climate Change

Richard Smith is a former Doctor, and worked in hospitals in Scotland and New Zealand before joining the British Medical Journal - where he was Editor-in-Chief from 1991 until 2004. He continues to blog for the BMJ, and to publish regularly. Until 2018, Richard was Chair of the board of trustees of the International Centre for Diarrhoeal Disease Research, Bangladesh, and until 2015 he was Director of the United Health Chronic Disease Initiative - a programme coordinated by the National Heart, Lung, and Blood Institute, which created 11 centres in low and middle income countries to conduct research and build capacity to counter non-communicable disease. Richard Chairs the UK Health Alliance on Climate Change.